Kiera Chaplin: “Education is a weapon to combat the crime of excision”!

United Nations figures are stark: Two hundred million women in the world have been excised and three million girls are likely to suffer this mutilation each year! On the occasion of the International Day of Zero Tolerance for Female Genital Mutilation on February 6, we met Kiera Chaplin, president of the Desert Flower Foundation.

Despite a change in mentality and laws, female sexual mutilations remain a scourge. A scourge that puts the life of girls at risk during the operation and affects the overall body and psyche of the women who have become adults. How can we push back on excision? The full force of the law is critical to changing it from a status of traditional custom to that of crime.  “Repression is not enough! highlights Kiera Chaplin, president of the Desert Flower Foundation. To stamp this tradition out entirely, the most efficient weapon is information, prevention and education for families – and mostly for the girls themselves. We see it everywhere: wherever illiteracy is receding, so are poverty and sexual mutilations!”

2002 was when Charlie Chaplin’s granddaughter met Waris Dirie, who created the Desert Flower Foundation network. Kiera offered to help in this fight. Fondation Fleur du Désert, a member of this network, chose to invest in Sierra Leone, a country where the law has changed and the authorities can support this type of intervention. In early 2020, she inaugurated the country’s first school of its kind.

This is a global multi-faceted project, which includes sponsoring a girl whose parents commit to preserving her integrity, a refuge for those who flee from this practice, health monitoring, primary schooling, a library, and an IT training center for the older girls. The project has been thought out for the long term, with Fondation Fleur du Désert also funding the establishment’s operating costs. “With three establishments to be opened, the operation will involve 1,200 girls saved from excision,” adds Kiera Chaplin. This approach also concerns parents, brothers and sisters... this is an entire community shifting towards a different representation of women. If we make a difference in one generation, progress will become irreversible, and contagious!” 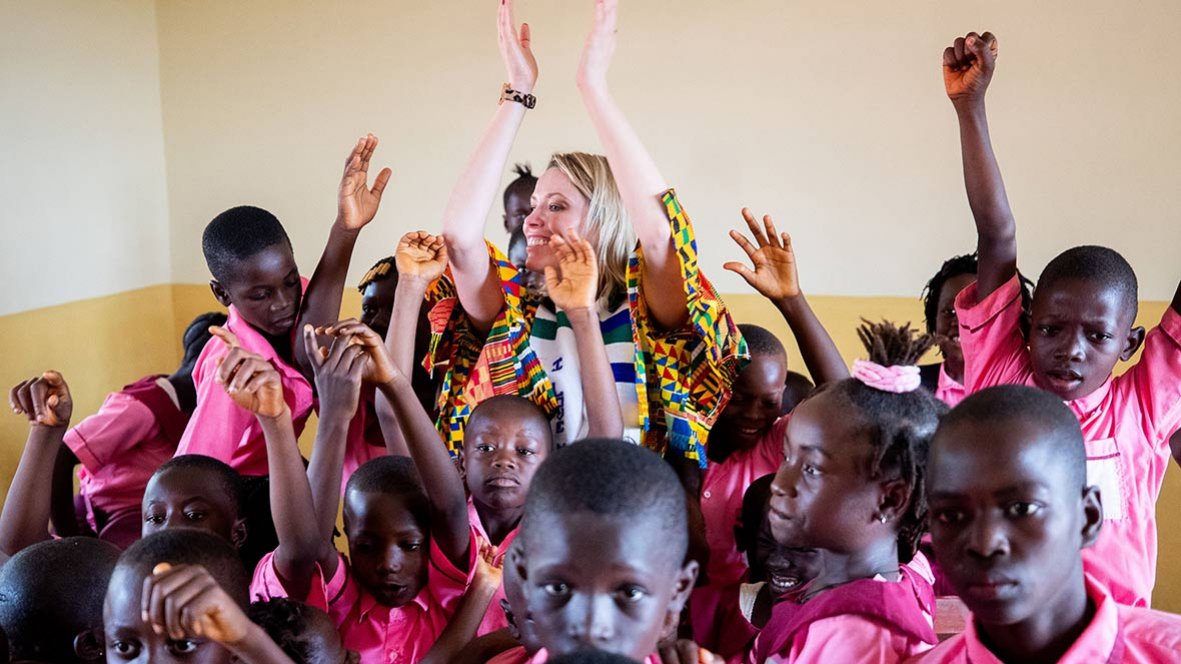 Kiera Chaplin, Charlie Chaplin’s granddaughter, inaugurates the Desert Flower School which bears her name. A project supported by Fondation Fleur du Désert in France, the first of three such schools to open in Sierra Leone, as part of the overall approach for combating excision. Photo : Lisi Niesner

TO FIND OUT MORE