Beyond borders and boundaries: enhancing European philanthropy through dialogue and pluralism

This spring, 25 leaders of major European foundations discussed key issues facing the philanthropic sector at the first European Academy of Strategic Philanthropy (EASP). In this interview, Maja Spanu shares some of the key insights from the event whilst providing her own take on philanthropy in Europe. Maja Spanu is head of philanthropy and international affairs at the Fondation de France, co-organiser of EASP together with the Centre for Philanthropy of the University of Geneva, and affiliated lecturer in international relations at the University of Cambridge.

This article has been written by Takashi Sugimoto and published on The Philanthropist.

You held the first European Academy of Strategic Philanthropy this Spring. What was the goal of this event? 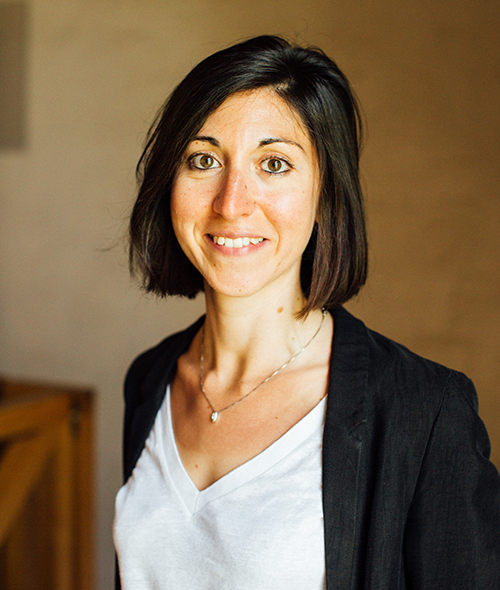 Maja Spanu: The European Academy of Strategic Philanthropy which took place in April 2022 is the result of a close collaboration between Fondation de France – a philanthropic institution – and the Geneva Centre for Philanthropy of the University of Geneva – an academic one. The rationale behind our partnership and more specifically behind this event has been twofold. On the one hand, we have wanted to bridge academics’ and practitioners’ perspectives and foster interdisciplinary dialogue. On the other hand, we have sought to bring together a group of leading European foundations to reflect on and discuss the present and future of European philanthropy. 25 CEOs and leaders from different European countries attended the Academy. The idea behind having a relatively small group was precisely to keep the conversation meaningful and enriching. Having said that, we really hope that the EASP can complement existing European discussions and initiatives that may be going on ad hoc bases – for instance as part of specific partnerships – or other wider events — such as the Philea’s annual congress.

What were the major themes and topics that were discussed?

The Academy lasted almost three days and the exchanges were extremely dense and enriching. A wide array of themes and topics were discussed. I’d say that these can be grouped around three core areas of concern. First, we discussed Foundations ‘internal’ strategies in terms of leadership, relations with boards, decision-making processes, and timelines. Second, we discussed foundations’ relations towards outside partners – be these partner foundations or other actors from academia, civil society and so forth. In the context of growing engagement with systemic approaches, funding, trust, the length, and nature of partnerships were also discussed. The third area of concern related to the social and political context in which foundations exist and work. Foundations do not exist in a vacuum. We thus discussed the role of European foundations whether about social justice issues, the invasion of Ukraine, the health-related crisis, the environment, or the rise of the far-right in numerous democratic states. What is more, philanthropy is currently facing important criticisms that the sector needs to confront with openness and transparency. Questions of legitimacy of philanthropy were also addressed. Academic contributions were particularly useful in bringing an in-depth perspective along with analytical tools to these matters and topics.

Would you say that there’s one common voice for European philanthropy, or multiple ones?

This is an interesting question. I can certainly say that there are clearly joint concerns relating to the very functioning of foundations that include issues such as the establishment of partnerships, relations with donors, the civil society and government, risk-taking, transparency. Also, for major foundations based in Europe, there seems to be, largely, some sort of common understanding as to what the major societal and environmental stakes that need to be tackled are. That being said, there is a great variety in answers as to how these should be addressed and in the very understanding and conceptualisation of the causes that philanthropy supports. This, though, I believe, is not so surprising.

Foundations have different histories, focuses, management and functioning systems, as well as positions on given issues of concern and, ultimately, different resources and ways of handling them. They are also located in different geographical, socio-political, and cultural contexts, thus reflecting differing realities. A foundation based in the Western Balkans or in Eastern Europe will not have the same daily preoccupations as a French or Swiss-based one. While this may sound obvious, it is an important point to be remembered. Precisely because of these reasons, moments of exchange and common reflection are the right places to build a common ground for joint action and common perspectives whilst maintaining a diversity of voices. 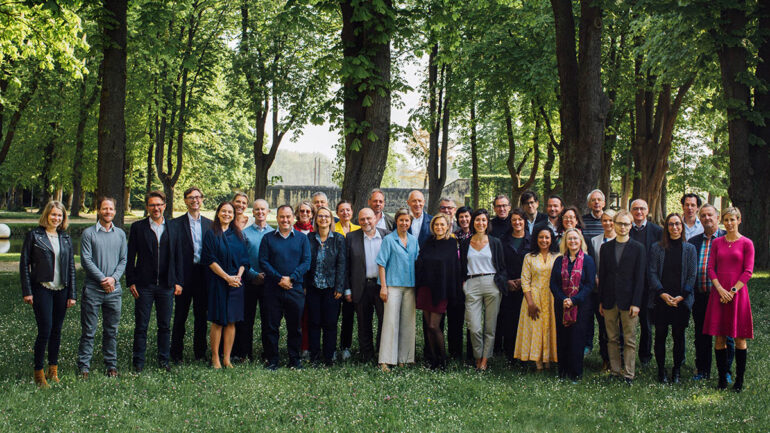 Would you say that this diversity of voices and perspectives is a strength, or a weakness for European philanthropy?

I would say that the answer is neither or, but rather a combination of both.

On the one hand, having a stronger and united voice on key issues for instance relating to social justice would come as an incredible force for social change. On the other hand, while we may not be able to talk about a ‘single’ European philanthropy, I am convinced that the diversity of voices and approaches is a force for the sector and for democratic dialogue. Indeed, this diversity allows for different perspectives to be confronted, for dialogue to take place and for change, then, to occur. What is more, if so many diverse projects and organisations with different agendas and ambitions are being supported locally, nationally, internationally, this is precisely because foundations have differing perspectives and experiences that allow covering all spans of social and political life, the environment and climate-related issues, arts and culture, research, education, and so forth. What matters, then, is for conversations and exchanges to keep happening so that philanthropy can continue to adapt to better respond to social realities and external needs. Moments like the European Academy are precious, then, precisely for this reason.

During the European Academy, were there specific opportunities, limits discussed, or themes that emerged on which Foundations should draw particular attention?

Henry Peter, from our partnering institution, the University of Geneva, published a very interesting report of the EASP. In it, he highlighted six key themes that emerged from the Academy: (1) the role and scope of foundations within democratic states for instance in relation to other stakeholders; (2) the way foundations handle time (long-term action vs. immediate responses, duration life of foundations); (3) risk-taking in philanthropy in terms of projects supported; (4) the importance of partnerships for foundations; (5) transparency and access to data in relation to foundations’ activities and missions which seems even more important when confronted to criticisms; (6) the need to support education and research on philanthropy and, I would add here, on the various issues foundations tackles. One other aspect that could perhaps be mentioned which was not directly tackled during the Academy but that emerged as a common thread in all our discussions is coherence. 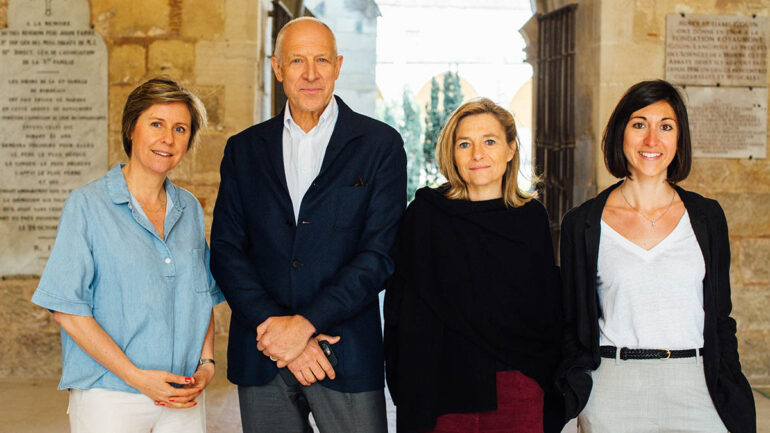 What is meant by coherence?

This means making sure to always strive to align foundations’ external actions and support for specific values with their internal identities and functioning. Whether a foundation is engaged on the environment, on diversity and inclusion, on sustainability, on supporting knowledge and education etc., these are dimensions that ought to be reflected as much as possible internally too. This, certainly, is a challenge, but one on which European foundations clearly want to actively work on to make sure they maintain both their vitality and societal relevance.

You mentioned discussions taking place on the role of European foundations in the current socio-political context. Could you tell us more about this part?

I have a particular interest in this question due to my background in International Affairs and as this was the topic of a panel I actually chaired during the Academy. Over the past years, Europe and the world have witnessed numerous dramatic social, political and health-related events. From the shocking realisation of the environmental catastrophe surrounding us, to the rise of the far-right, from the global pandemic and it revealing the deep global inequalities we live in, to numerous conflicts – including, in Europe, the current invasion of Ukraine. This is not to say that crises, dramatic events and deep transformations are novel, far from it. Yet, what was highlighted in our discussions was how European foundations have been adapting, and responding to those, both strategically and socially. It seems to me that during the Academy, three core questions were raised in relation to this major issue of concern.

Over the past years, Europe and the world have witnessed numerous dramatic social, political and health-related events.

The first related to the role of European foundations within and for societies, whether in Europe or in other local and global contexts — and all the ensuing implications that the recognition of this role, especially in the Global South, may have. The second question related to the scope for action of foundations within these different contexts. The third question, finally, could be summarised as follows: do foundations carry a special responsibility towards the societies in which / with which they work? These are actually key questions that speak to wider issues of transparency, value-setting and sharing, democratic participation, legitimacy and coherence. During the Academy, the agreement that these are central questions that ought to be addressed was general. The nature of our exchanges then certainly highlighted the variety of approaches and responses in facing them which, again, can only participate to the richness of the philanthropic sector in Europe.