Lebanon: one year after the explosion, 46 actions supported

One year ago, an explosion destroyed the port and part of Beirut, the capital of Lebanon. This disaster killed more than 200 people, injured 6,500 more and left 300,000 residents without viable housing. Immediately, Fondation de France launched a call for donations. Three million euros were collected and two million have already been spent to support 46 field projects targeting four priority areas of focus: psychological support, economic recovery, support for young people and rehabilitation of individual housing and communal spaces.

The dual explosion that occurred a year ago at the port of Beirut further weakened a country hard hit by a serious economic, political and health crisis. Since then, the situation in Lebanon has continued to deteriorate. The Fondation de France was on the ground in the days following the disaster and it redoubled its support for Lebanese civil society organizations that serve the most vulnerable populations.

To this end, two million euros have been spent in four priority areas defined by the “Solidarité Liban” committee.

Acting for the long-term with the Agence Française de Développement

In the aftermath of the explosion in the port of Beirut, the Agence Française de Développement and Fondation de France decided to jointly support the Lebanese population: an unprecedented partnership was quickly set up with the Agence Française de Développement proposing to match the funds collected by Fondation de France to the tune of 2 million euros.

Provide social and psychosocial assistance to the most affected inhabitants

Weakened by successive crises, the social and community fabric remains a crucial element. This is why Fondation de France supports projects to help maintain community connections, especially for young people. Collective solidarity initiatives, particularly educational and cultural actions, have been developed in disadvantaged neighborhoods in Beirut and its surroundings. Programs have emerged so that the most affected young people can continue their education. All the activities enable young people to escape their complex daily lives and express themselves in response to the shock of the explosion.

Supporting the economic activity of small entrepreneurs and artisans

Fondation de France wanted to devote a significant portion of the funds collected to economic recovery. Thus, a dozen local associations were supported with the aim of accelerating the reconstruction and reopening of local shops (grocery stores, bakeries, hairdressers, cafes, etc.) and the premises of several micro-businesses. Associations such as Jibal, Al Majmoua and Arcenciel have been able to assist local merchants in repairing storefronts, doors and windows and replacing equipment and inventory.

Financial aid has been granted to micro-entrepreneurs in the form of debt relief and small artisans have received compensation for production losses. Vocational training has also been offered, with lasting social and economic opportunities.

Beyond these projects, all the actions supported by Fondation de France in Lebanon indirectly contribute to economic recovery and the preservation of jobs by promoting the use of labor, production and local consumption when products are available.

The material damage caused by the August 4 explosion was considerable: within a 3 km radius of the port, nearly 10,000 buildings were affected, some 2,500 of which incurred heavy damage. Some 320 buildings have collapsed or are in danger of total or partial collapse. Some of the most vulnerable populations in Beirut are concentrated in groups located in the neighborhoods close to the port. There are also a large number of historic buildings (often inhabited by these same populations) whose restoration is time consuming and expensive. Therefore, rehabilitating these neighborhoods is extremely complex and must take into account significant social, cultural and urban issues.

To respond to the urgent need for shelter for those most affected, Fondation de France quickly mobilized to support 14 projects around reconstruction and local urban planning. Unite Lebanon Youth Project, Developmental Action Without Borders, Libami Cholet and the Lebanese Association for Human Promotion and Literacy are helping to repair housing for families in very vulnerable situations, in places like Nabaa and Burj Hammoud. Liban Sans Frontières, for its part, offers training to young volunteer apprentices who are restoring damaged housing.

Some examples of supported projects 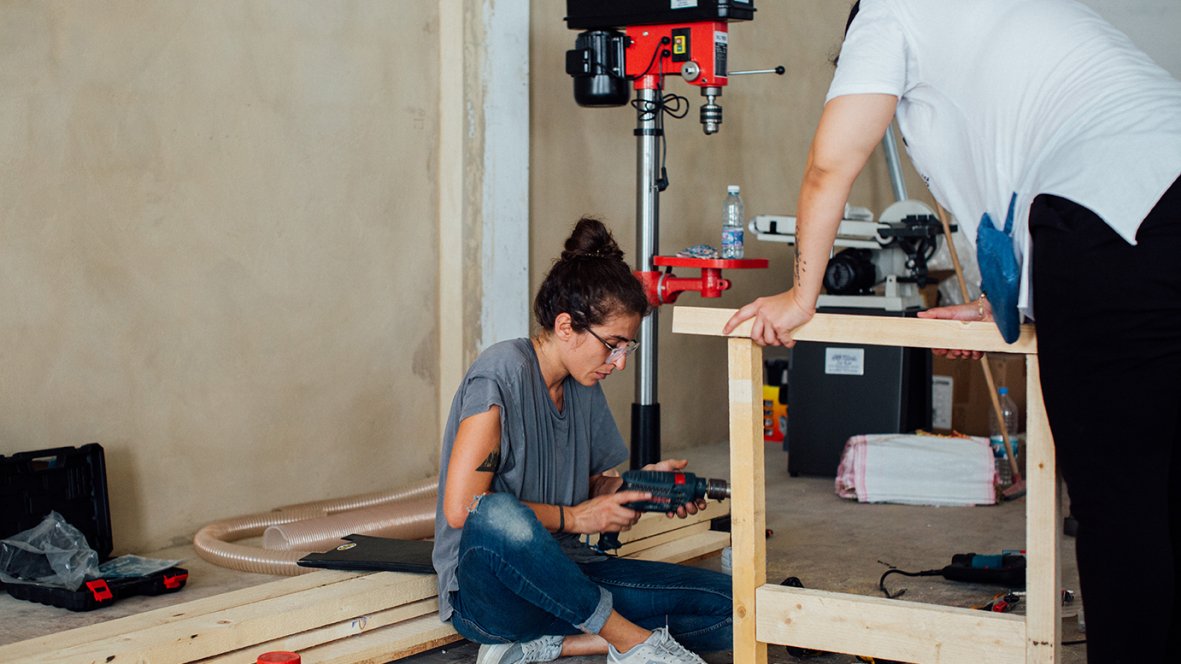 The Lebanese youth association Warchée, which aims to strengthen the presence of women in the construction industry, offers carpentry and cabinet-making courses to women from Beirut. Its goal is to respond to the growing demand for local furniture following the explosion and to the need to create income-generating activities in these times of crisis. Half-year sessions for groups of 20 women mentored by professionals are held in specialized workshops. A total of 150 women from some of the most deeply affected neighborhoods of Beirut will be trained in three years. These trainings will result in the rehabilitation and/or furnishing of 40 houses damaged by the explosion. 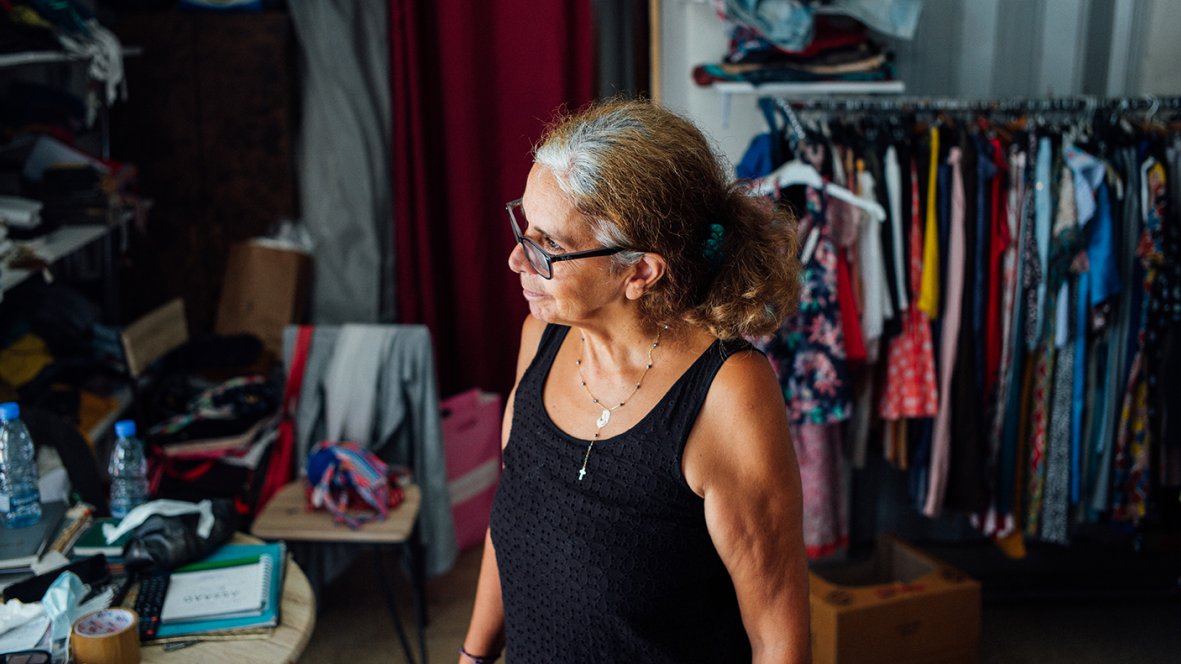 Al Majmoua, a micro-loan institution active in Lebanon for more than 20 years, is in constant contact with many Beirut micro-entrepreneurs, many of whom suffered material damage following the double explosion. The institution has decided to provide long-term support for 50 of these businesses (primarily managed by women in precarious situations and which offer essential services) by providing them with material support to renovate their shops, as well as individual coaching (five sessions per person) intended to accelerate their capacity for recovery. To date, 31 entrepreneurs have received funding from Al Majmoua. 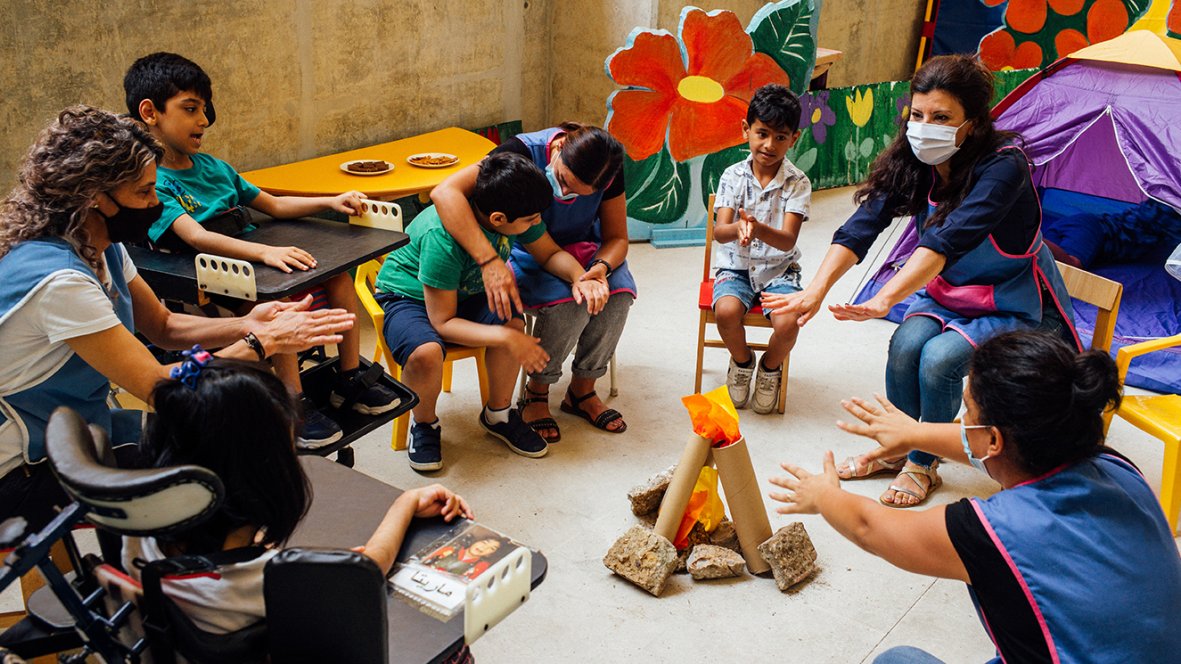 Children with disabilities or chronic illnesses have been particularly affected because of their underlying fragility. SESOBEL provides psychological and social support to 120 families through in-home visits and interviews with psychologists. The project has also enabled 37 children to benefit from individual follow-up via weekly psychotherapy sessions and medical rehabilitation sessions with specialists (speech therapy, psycho-motor skills, physical therapy or respiratory therapy). 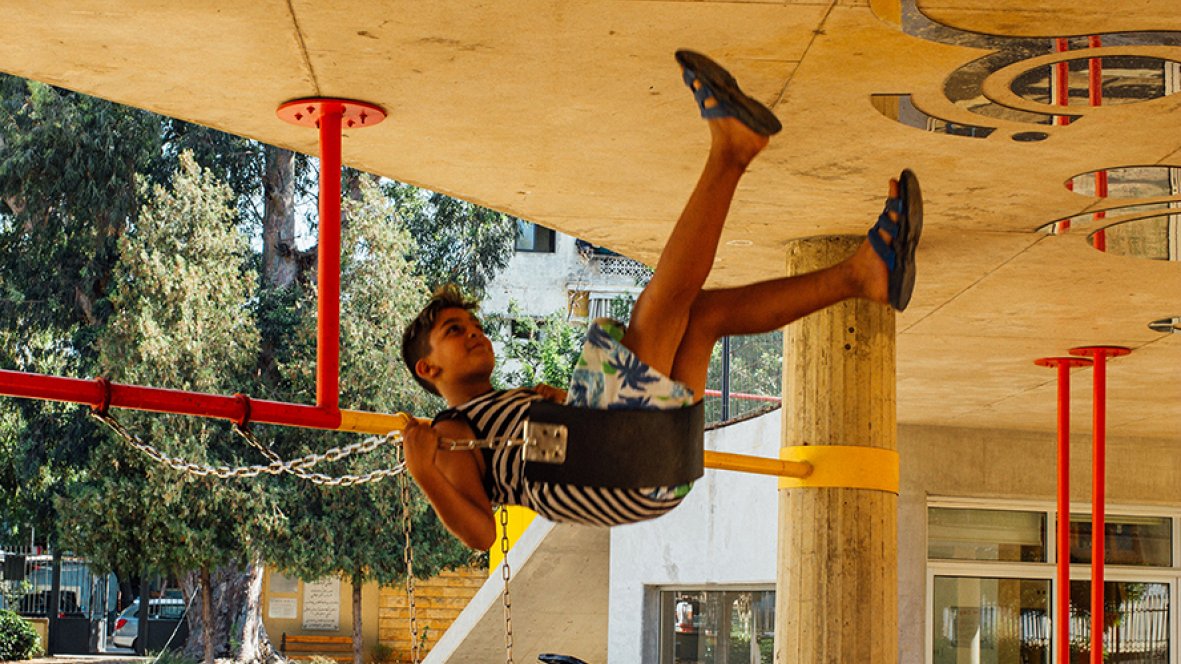 Since 2016, the Catalytic Action association has been working to revive public and educational spaces (playgrounds, schools) in Lebanon. After the explosion, the Lebanese NGO decided to work in the very underprivileged district of Quarantaine, located near the port north of Beirut. It aims to involve the residents of all communities in the rehabilitation of public spaces in their neighborhood. The improvements will include replanting certain streets, enhancing the spaces where residents spend their time, creating collective murals and repairing sidewalks.

Solidarity with Lebanon: one year of action in the field