Fondation de France has been committed to funding environmental action for 50 years – the foundation’s moment of awakening was in the 1970s during the oil crisis. Since that time, it has joined the French Coalition of Foundations for Climate; committed millions of Euros annually to climate change interventions; launched France 2i, a social and environmental impact fund; and joined the Internations Philanthropy Commitment on Climate Change. 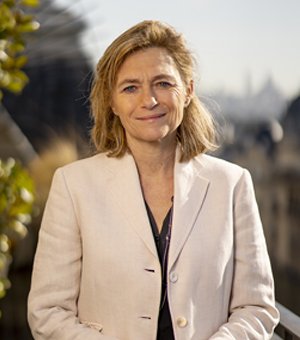 Has your organisation made any commitment to climate action or joined a climate pledge? If so, what?

Fondation de France firmly believes that foundations have a vital part to play in the climate crisis. It remains the leading source of support for the cause it committed to – way back in the 1970s. Each year, Fondation de France allocates more than €20 million towards the environment, with its various action programs, including combating climate change and preserving coastlines. It also joined the French Coalition of Foundations for Climate (CFFC), right from its creation in 2020. The Coalition promotes joint and coordinated action from foundations and strongly believes that civil society commitment is paramount. It helps implement innovative solutions, introduce new cooperation models, transform the way we produce and consume goods, and our lifestyles in general.

What encouraged your organisation to start its climate journey?

Fondation de France, which has been committed to the environment for more than 50 years, was prompt to address this issue as early as in the 1970s, against the backdrop of the oil crisis. It then initiated a number of programmes, including coastal area preservation in the 1980s. More recently, it has developed agroforestry and production models that are more mindful of biodiversity. In 2020, it supported more than 900 projects, with its 100 donor-advised funds, also strongly committed to the cause.

Can you share an example of the changes that your organisation has made in its embrace of climate work?

To achieve more impact, Fondation de France encourages nonprofits and other stakeholders to limit the negative impact of their activity. With that in mind, it has developed a specific tool to assist them: ‘e+’. In practice, help takes the form of methodology, to assess a given project’s environmental impact and identify the most sustainable solutions that will limit potential harm to the environment. Solutions offered focus on how the organisation’s routine environmental practices change over time, and on the publication of energy surveys and environmental diagnostic reports.

In this key decade for climate action, many are recognising the intersection of climate with other areas of work. How are you integrating a climate lens into your other focus areas?

Effective action requires that climate change be taken into account in all activities. First, all those involved need to be made aware that the issue of climate change has to be considered in production and consumption patterns, education, housing, lifestyle, the list goes on. Which is why we have incorporated it in all our action programs. Take the example of a nonprofit we support in an underprivileged neighborhood of Marseille: Pain et Partage, a community baker which distributes organic bread. Not content with making bread and creating jobs promoting inclusion, Pain et Partage contributes to tackling climate change, giving priority to short circuits and preferring sustainably produced raw materials.

Has your work in the climate sphere inspired you to change the way you are investing your endowment? Why or why not?

Fondation de France’s investment policy is aligned with its charitable projects and its core beliefs. In addition to its socially responsible investments, in 2019, we launched a social and environmental impact fund: France 2i, totalling €100 million. Its aim is to invest directly in companies that design new tools to combat climate change, reduce inequality and contribute to sustainable and shared growth. Since it was created, France 2i has invested €32 million in nine companies committed to energy transition, agricultural transition and ocean preservation.

What kind of impact have you seen your climate focus having already? If you have a story, please share it.

In the past two years, the ‘e+’ approach has provided guidance to 217 organisations across France. This involves organising workshops to raise awareness of energy use, sorting and recycling channels, and of the impact of routine office work on the environment. Another very encouraging sign is the growing number of donor-advised funds tackling climate change.

What are some of the challenges you have encountered so far in your climate work?

The level of funding needed and the scope of the problem is enormous. The current challenge for foundations is to identify relevant strategies relating to climate, truly value-adding strategies – beyond the efforts deployed by governments and companies. Because they are able to support innovative projects and they can prove the relevance of new systems, foundations have a specific part to play, including highlighting the results achieved.

How did your organisation convince its board to take on climate work or applying a climate lens framing to work in other areas?

The huge challenge of tackling the climate crisis has prompted the Board to ask itself: what is the efficacy and added value of the activities undertaken by Fondation de France? The strategy proposed, based on innovative models such as ‘e+’ support for nonprofits, the coastal program and the launch of the French Coalition of Foundations for Climate, does indeed confirm Fondation de France’s added value in this field.

Do you think philanthropic foundations should be held to account for their climate commitments, such as with an independent climate action tracker? Why or why not?

We have naturally incorporated the 17 Sustainable Development Goals in our charitable projects and in our own organisation. Since 2019, we have identified the SDGs addressed by each of the 10,000 projects supported. These indicators represent a valuable and shared reference point in guiding the work of Fondation de France and its donor-advised funds.  SDG 13, ‘Climate Action’, ranks fifth in the programs we undertake. These benchmarks enable us to define and fine-tune our strategies for action and meet objectives.

Do you have any advice to share with other foundations embarking on their own climate journey?

I encourage all foundations to fully incorporate climate in their work. Every action counts and contributes to essential change. Every one of us can take action our own way, at our own level. I also invite them to join already very active groups such as CFFC, supported internationally by WINGS, through the International Philanthropy Commitment on Climate Change. Taking action is how Fondation de France describes alliances with our partners,  participating in workshops, for instance, to share best practices with other foundations. We are delighted to witness the fact that climate projects are growing steadily at Fondation de France. Urgent action is required, so we must increase the momentum!