Fabienne Clauss, 25 years at the side of the Sherpa children 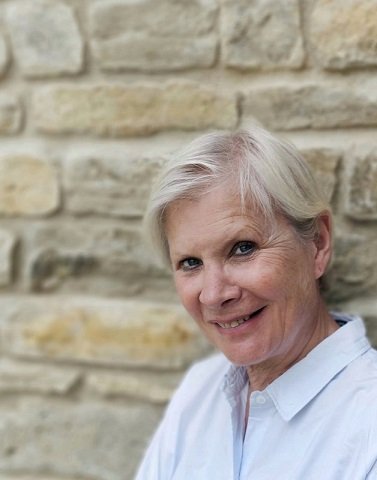 How to face the death of a loved one, to make sense of it, and learn to live with it? After losing her husband in a climbing accident in Nepal, Fabienne Clauss chose the high road, reacting with generosity and grace. On October 5, 1995, Himalaya mountaineer Benoît Chamoux set out for his ascension of Kangchenjunga, his fourteenth summit over eight thousand meters, accompanied by Pierre Royer and Riku, their high-altitude Sherpa guide. Pierre and Benoît did not return; neither did Riku.

When Fabienne Clauss arrived on the scene, she discovered the fate of all too many Sherpas. Taking extreme risks, these guides often lose their lives, leaving their widows and orphans destitute. After aiding Riku’s wife and two daughters, Fabienne Clauss decided to set up a foundation. In March 1996, she created the Benoît Chamoux Foundation to help these impoverished, often illiterate women raise their children with dignity. She chose to set up her donor-advised fund with Fondation de France, a bastion of reliability and trustworthiness. She set up a support committee and she and the members developed a sponsorship system. Eventually, the committee raised enough funds to launch the project.

The Benoît Chamoux Foundation recently celebrated its 25th birthday and helps one or two more children every year. “Before committing to helping an orphan, I raise enough money to pay for all of their education. It would be unthinkable to abandon them in the middle of their studies. I make sure I can offer them support for at least twelve years.” It pays for private school, room and board, health care, and other needs, resulting in some real triumphs for the children. Among the Benoît Chamoux Foundation’s protégés are a geospatial engineer, a Nepalese civil engineer, a physical therapist, and two nurses. Fabienne likes to tell the story of another one of “her children” who started out a little undisciplined. Today he has managed to get the U.S. Army to finance his bachelor’s degree, a result of his determination to study in the United States.

Over the years, the Benoît Chamoux Foundation has taken root in the Sherpa community. Families exchange information and support each other.

Fabienne Clauss continues to devote a large amount of time to the foundation and regularly visits Nepal. For her determination and commitment, she has been made an Honorary Member of the Himalayan Trust, which was founded by Sir Edmund Hilary. The highest and most moving honor, according to her. And the most deserved.