Shaken by the pandemic, and before that by the lack of resources, the mental health sector is changing substantially.  Mental illness is less stigmatized, those involved are increasingly included in society and there are new forms of support. These are all steps in the right direction, which the non-profit sector is encouraging.

Depression, schizophrenia, bipolar spectrum, anxiety and addiction are some of the mental disorders that one in four French people has faced, is facing and will face in their lifetime.  Given the alarming situation that the pandemic and lockdowns have exacerbated, mental health has never been such a key challenge for public health.  Having long been considered the poor relative of medicine, it is now at the forefront of government agencies’ concerns. This led to the inauguration of the “Assises de la santé mentale et de la psychiatrie” (a confererence on mental health and psychiatry) in September 2021.

In the past 15 years, Fondation de France has made mental health a cornerstone of its action. It promotes access to care and the inclusion of people living with mental illness, sets up screening programs for young people and supports research. The work is shared with many donor-advised funds, including Sisley d’Ornano, Chantelix, Vincent-Verry and Geneviève Allier, and more recently the Béa Foundation.

This massive and lasting commitment has been very positive. The perception of mental illness is experiencing radical change, as taboos are increasingly lifted and illnesses are better understood and treated. Life is getting better for those involved. As neuroscience progresses, mental disability is officially recognized in public policies and the number of patient support groups, helpers and self-help groups is ramping up. 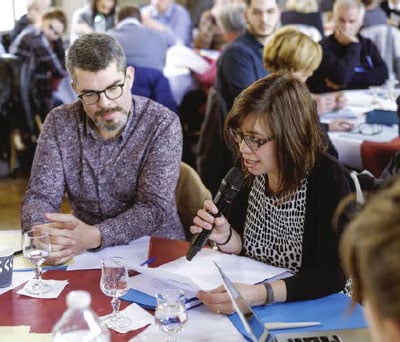 Parlons Psy (Let’s Talk About Therapy) has generated the most innovative solutions to support patients.

At the heart of the transformation are the philanthropy actors who have actively contributed to this progress. In 2018, Fondation de France, partnering with Institut Montaigne launched the Let’s Talk About Therapy Workshops, a large-scale consultation on the issue of mental health. This series of interactive workshops brought together 1,300 participants from all backgrounds (patients, healthcare workers, medical and social professionals, nonprofits, politicians, etc.). It enabled highly innovative experiments to emerge in the support of mentally ill people. Recommendations were made.  Developing the early identification of signs, having patient-experts and involving patients in decision making, are recommendations that were included in the “Assises de la santé mentale et de la psychiatrie.”

Active on all fronts

In 2004, Fondation de France launched the Mental Disorders Program. Its work is three-fold: encouraging access to care by training front line players, enabling people suffering from mental disorders to be included in society and acting towards protecting young people’s mental health, so that mental distress can be spotted and diagnosed as soon as it surfaces. More than 490 projects totaling 9 million euros have already been carried out.  Added to which is a research program on mental illness that has invested 4.8 million euros in four years since 2016. “We believe that mental health concerns the whole of society and that action should be holistic and cross-cutting,” explains Dr. Nathalie Sénécal, head of Fondation de France’s Health and Research Program. “That’s why, beyond this program, Fondation de France factors mental health into all its other areas of work. They include education, early school leaving, child protection, housing (especially thanks to an experiment on inclusive shared housing), the very elderly, with considerations on ageing persons living with mental disorders, and mental trauma for our emergency and migrant support programs.” 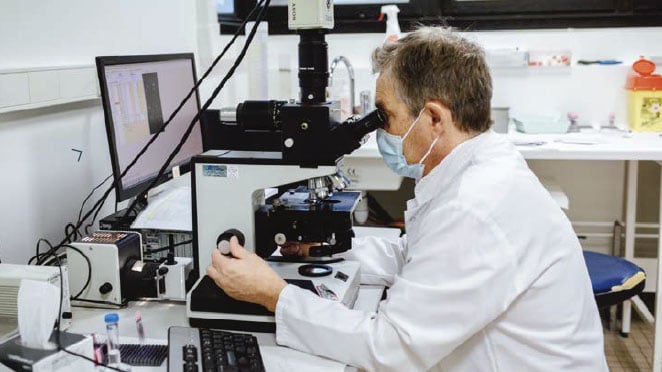 A change in perception

Destigmatizing mental health so that it no longer means social exclusion or fear is a priority for several donor-advised funds. For example, to help young people in distress access care, the Sisley d’Ornano Foundation contributed to creating the Elios online platform, an innovative tool for suicide prevention and therapy guidance. The Geneviève Allier Foundation has been supporting artistic projects based on dance, poetry, circus art and opera singing since 2014. People with mental disabilities can express their talent and sensibility, to try and change representations of illness. The First-Aid in Mental Health Program (Premiers secours en santé mentale – PSSM), supported by Fondation de France and the Chantelix Foundation offers a scheme whereby anyone can be trained on better understanding and identifying mental suffering or crises in vulnerable people, and thus help them. More than 12,000 mental health first-aiders have already benefited from this training, which turns the issue of mental health into a collective responsibility.

There are many roads to recovery, which is why a new, holistic approach is needed.  “It's a change in focus,” explains Bernard Pachoud, president of the Mental Disorders Committee. “Rather than concentrating on the illness and its evolution, this approach is all about the person and how can they restore their life to their satisfaction – especially thanks to social interaction and reengaging in some form of activity (preferably professional). Recovery supposes a change in perception from society but also from the person themself, who no longer sees themselves as a patient, but as ‘a person’, free to lead their life according to their priorities and values.” Firmly believing that this is a useful approach, Fondation de France supported the Observatoire du rétablissement (Recovery Review) from 2018 to 2021, in partnership with the Centre Ressource de réhabilitation psychosociale (Resource Center for Psychosocial Rehabilitation) in Lyon, to assess the most effective methods on this topic. November 2021 saw the launch of the Ateliers du Rétablissement (Recovery Workshops), in partnership with the Santé Mentale France federation. This event, supported by a ministerial delegation, brought together 400 stakeholders from the sector, the aim being to disseminate and promote the best initiatives that help recovery. A few projects stood out like “Verry Appli”, a remote coaching app developed by nonprofit Messidor (supported by a Fondation de France donor-advised fund, the Vincent-Verry Foundation) which helps mentally disabled people to regain confidence and autonomy by achieving personal challenges. Nonprofit ZEST (Zone d’expression contre la stigmatisation – Stigmatization-Free Space) was another popular project, which combats prejudice, enabling the people concerned to publicly share an intimate testimony of their life, with its Livres Vivants (Live Books) approach.

In the field, psycho-social rehabilitation for those with mental disorders implies the development of halfway houses, so that patients can resume an almost normal life in a non-judgmental setting. This is made possible by the rapidly increasing number of patient support groups, based on experience sharing and “peer-assistance” (the support provided by people who are experiencing or have experienced the same illness) such as Groupes d’Entraide Mutuelle – GEM (self-help groups). The emergence of these GEMs was supported by Fondation de France and the Chantelix Foundation. There are now nearly 600 of them. Their aim is to let adults with mental or cognitive disabilities take responsibilities and engage in mutual help to organize leisure or cultural activities together. In doing so, they enjoy social interactions again, amongst themselves and with others.

Clubhouses are another key player contributing to social and professional inclusion.  This is a model that comes from the United States and promotes empowerment for the most vulnerable. These organizations too have been supported by Fondation de France and the Sisley d’Ornano Foundation. Ten years after they were created in France, there are now five Clubhouse hubs in France with around 900 members. “From the start, our approach was to focus on recovery through work, either in the club, where everything is co-managed, or in a company,” explains Céline Drilhon, head of the Pôle connaissance du Clubhouse de Paris. “Having a job if you suffer from schizophrenia, bipolar issues or severe depression is critical. It helps you get your confidence and self-esteem back, become more independent and rebuild your social identity. Thanks to our corporate partners, a third of our members were able to enter the labor market. However, there is no standard approach, each person is in charge of their own recovery and they decide what’s right for them. Having a peer-assistant with you is also an added bonus, developing confidence and creating emulation.” With new stakeholders, new techniques, a change in the perception of illness and its representations, this is how Nicolas Franck, psychiatrist at the Vinatier Hospital in Lyon, summed things up in his concluding remarks of the Recovery Workshops: “there is a new dawn rising in psychiatry.” In fact, although the pandemic showed the major flaws in the system, it was also a time for realizing what a major challenge mental health was. Everyone’s concerned and everyone’s involved. 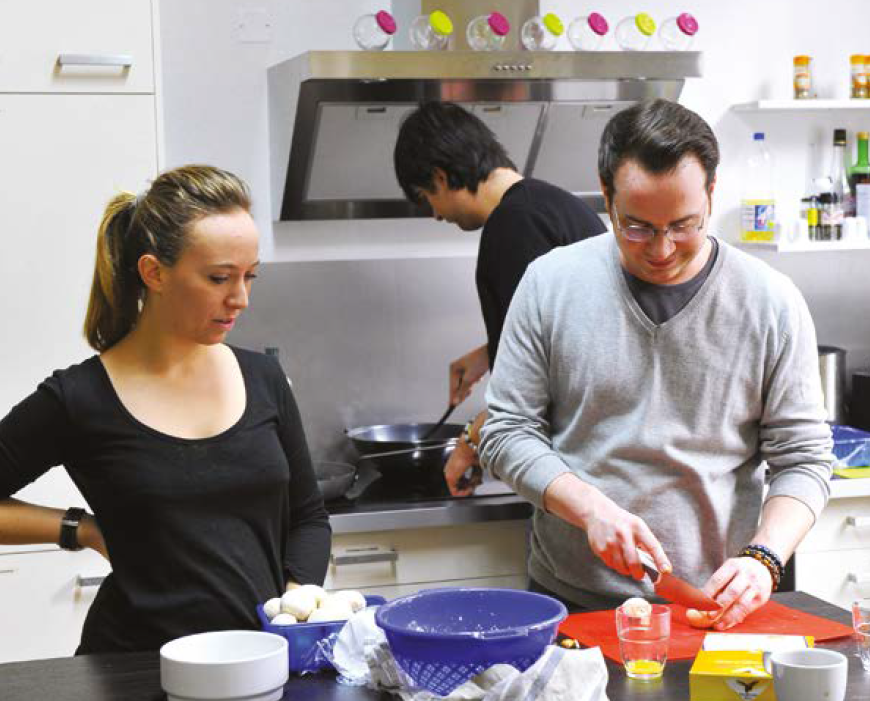 The model of the Clubhouse, borrowed from the United States is based on recovery via activity.

How can we redesign and adapt the admission process in psychiatry departments, depending on the patients, their status and the treatment required? This was the theme of the 7th Rencontres soignantes en psychiatrie (7th Meeting of Psychiatry Care) on October 21, 2021. Organized in Paris by the monthly magazine Santé Mentale, in partnership with Fondation de France, the event enabled professionals to exchange views on practices.

On this occasion, three particularly interesting initiatives were recognized with a prize for psychiatry teams in 2021. They included: the transformation of the secure courtyard of the Maladies difficiles (Sensitive Conditions) Henri Colin unit in the Paris area into a therapeutic garden, “A… Venir !” (Yet To Come!); a program that promotes professional reintegration for young people suffering from psychosis (La Chartreuse Hospital in Burgundy); and “Les héros du vélo” (Biking Heroes), a team of cyclists bringing together people from the Saint-Jean-de-Dieu Hospital in Lyon, who suffer from severe mental disorders.