Fifteen years ago, Fondation de France created its Housing program. We review here one of its activities: developing shared housing experiences that combine access to accommodation and social interaction.

Faced with the issue of sub-standard housing, Fondation de France supports innovative methods, including housing cooperatives and shared housing projects. The first foundation engaged in this field, it started, then guided a rapidly expanding movement: housing that promotes all types of diversity. Including a mix of generations, able-bodied and disabled people, former homeless people and young workers, etc., these solutions offer those most at risk a choice in their accommodation, rather than having a preference imposed on them.

In 2014, a new housing law in France marked a turning point and local authorities were encouraged to examine shared housing. Fondation de France contributed to this development by participating in a work group. Faced with the needs of elderly people wishing to be less isolated without necessarily moving to a retirement home, the idea of developing shared living environments, where social interaction among different generations was promoted, took hold. “Gradually, the first collaborative housing projects emerged, usually with five or six housing units. Towns like Châteauroux (in the center of France) and Kremlin-Bicêtre (south of Paris) have realized the benefits of these projects, especially in disadvantaged districts where diversity could be a bonus,” highlights Patrice Cieutat, in charge of the Fondation de France Housing program.

One of the first project applications supported by Fondation de France was a hostel for Malian migrants, which was demolished in the 1980s.. As they wanted to stay together, they first moved into a former factory. The town hall then made some land available to them close to the city center. Thanks to Fondation de France, a nonprofit helped the group co-build self-administered accommodation.

The design and building of intergenerational, inclusive and ecological housing in the Drôme department, another emblematic project, was led by nonprofit Eravie and supported by Fondation de France. Shared facilities (laundry, office, tools, etc.) help reinforce social interactions for those residents who believe in the value of sharing.

In 2017, many similar projects were developed in the center of France, in Marseille, in bioclimatic social housing and so on. Housing cooperatives were also created in the Héraut and Haute-Savoie departments. In the Limousin region, elderly people starting to lose their independence and student doctors and nurses are sharing a house as tenants. The AIMER project enables elderly people to remain at home as long as possible.

Shared housing is a topic currently led by four Fondation de France programs: Elderly People, Disability, Mental Disorders ) and Housing, of course. Firmly believing that more appropriate and innovative solutions exist, like collaborative and inclusive housing, Fondation de France has broadened its thinking on shared and inclusive housing according to include four criteria.

Promoting togetherness by incorporating residents of different ages, with different income levels, family situation and history. It’s interesting to note how these projects generate social transformation. The example of ToitMoiNous, a nonprofit created in Villeneuve d’Ascq (in the north of France) is revealing. In this new town, a shared group housing project began with elderly people and was then extended to younger families. Members signed a “living together” charter and learned to work together to design the future housing unit.

Promoting resident involvement in the design and daily management of their housing. Residents need to be guided in their housing plans before getting in touch with existing platforms and mechanisms. They also need to contribute actively to project implementation.

Targeting communities that have not yet thought about shared and inclusive housing, to commit to cooperation among local actors and define the locus of the project (neighborhood, city, etc.). This is also an urban planning issue. Tools have now been implemented, including several platforms and engineering networks like Éco-habitat Groupé and Coordin’action. Local authorities now plan to make land available for these projects, something that was unheard of just seven years ago. Projects must match the needs of the community and involve its citizens.

Responding to the life plan of vulnerable people, letting them choose freely to live in this accommodation according to their history, whether accommodation is temporary, lasting or permanent.

Housing projects are carried out over the long term, from supporting resident groups to the operation of collective accommodation. It can take several years for the idea to turn into development. This is why, with its experience of shared housing, Fondation de France is committed over the long haul. It aims to disseminate best practices throughout France, with the help of local authorities, institutional partners, nonprofits, and residents themselves of course! 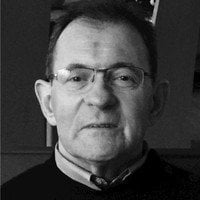 How did Fondation de France’s involvement in collaborative housing come about?

From the funding requests we were getting for this type of project. At the same time, we started to study inclusive group housing. We analyzed the selection criteria of the best projects and set up a network of stakeholders. We also approached the Fondation de France Elderly People Program, because we were receiving requests from senior citizens wishing to age in better conditions. Over time, we extended our thinking to people suffering from physical and mental disabilities.

What are the characteristics of inclusive group housing projects?

First of all, they represent a life plan and everything happens before the build. A group of residents first needs to agree on the rules of living together. It also needs to meet one of our criteria, which is to link the project to its environment. The idea is to “create society.” It’s interesting to note how these projects generate social transformation. I’d like to mention ToitMoiNous, a nonprofit created in Villeneuve d’Ascq (in the north of France). In this new town, a shared group housing project began with elderly people and was then extended to younger families. Members signed a “living together” charter and learned to work together to design the future housing unit. After many mishaps, their project was incorporated in a larger real estate program and brought to fruition.

How far have we got with collaborative housing?

In the early days, Fondation de France was one of the few organizations with expertise on this topic. Tools have now been implemented including several platforms and engineering networks like Éco-habitat Groupé and Coordin’action. Local authorities now plan to make land available for these projects, something that was unheard of just seven years ago. I think that we need to continue to think up new forms of housing. We should factor in the increase in persons living alone in an urban setting and the depopulation of towns.