Conserving nature, better understanding our ecosystems, developing a harmonious relationship between humans and other living things … Fondation de France and many of its sheltered foundations have been actively addressing such environmental issues since the 1970s.

In 1969, the year that Fondation de France was born, the news broke like a clap of thunder: Lake Erie, part of the chain of five North American Great Lakes, was declared ecologically dead. But then, thanks to an unprecedented campaign, it was brought back to life and now, over 50 years later, it’s home to 140 fish species. Nevertheless, although it’s been revived, it’s still threatened, so in a referendum last year local residents decided to grant “personhood”, the legal status of a person, to “the Lake Erie Ecosystem”, making it possible to go to court on its behalf to defend its «rights». The Lake Erie story --a catastrophe,  sparking public outcry and debate, in turn leading to new regulations-- shows that an ecological disaster does not have to mean an ecological fatality. « Action can in fact be taken, and it must be taken quickly, on all fronts at the same time; that’s the conviction that structures and guides Fondation de France’s operations, says Dominique Lemaistre, director of Patronage. In the course of the past 50 years we’ve had a succession of programmes, whose strategies have been undergoing adaptations: from being focussed on conservation at the outset, they have gone on to progressively explore the entire realm of interactions between humans and the environment».

19 MILLION EUROS
That’s the amount of funding that Fondation de France and the foundations it hosts have committed to the field of the environment.

At present, action is being taken in this field by 70 foundations that operate under the aegis of Fondation de France, as wells as by our environmental programme, which puts out calls for project proposals in four areas: coastal and sea management, sustainable food production, agro-forestry, and the ecological transition.

«When it comes to this topic, the operations of Fondation de France and those of the foundations working under its auspices are inextricably linked together. It was the bequest of Edouard and Genevieve Buffard, for example, that helped get our Environment programme up and running», comments Dominique Lemaistre. The commitment to protecting the environment goes back more than 45 years: as early as 1974, the Ars Cuttoli Foundation was funding research projects on the Antarctic ice cap aimed at a better understanding of climate change …a subject that is presently on the agenda of the BNP Paribas Foundation, which supports international research teams in the Arctic.

In the effort to move this cause forward, how can the generosity of donors and foundation philanthropists be channelled in ways that optimise its effectiveness? While there is now a consensus within the scientific community that climate change and the depletion of natural resources must be accepted as facts, the mechanisms at work and the measures to be taken in response are far from being known and agreed upon. To find the most accurate response to a problem it is first of all necessary to assess, analyse and understand it. The next step is to test solutions on a small scale, observe their results, and consider their deployment. That is the approach being taken in our calls for project proposals in coastal management, agro-forestry, and sustainable food production. «The work we are supporting draws researchers into close association with stakeholders on the ground: citizens, coastal residents, local bodies and groups, economic stakeholders … they are all involved, right alongside the scientists, in work that involves a diversity of disciplines, such as biology, geography, urban planning, social psychology, or even philosophy», says Thierry Gissinger, who is in charge of Fondation de France’s Environment programme. On coastal management alone, for example, 104 action-research projects have been funded since 2011. 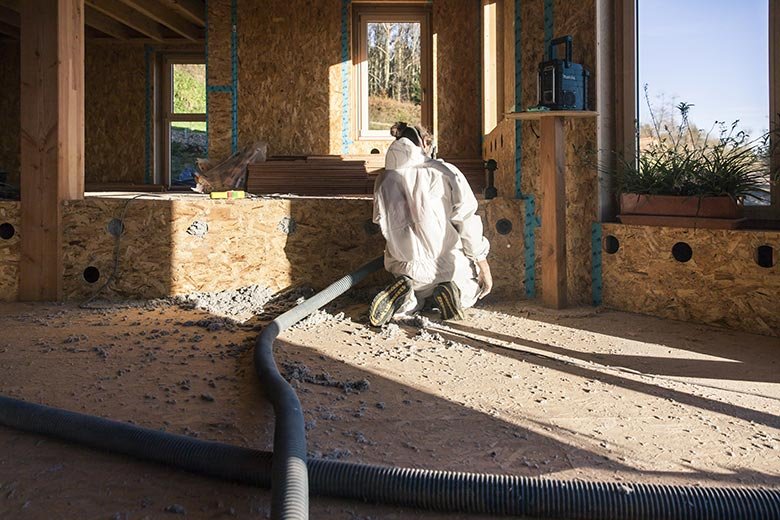 On the Millevaches plateau, in the Limousin region of south-western France, residents have been trained in ecological construction.

Taking action on different levels, from research to testing out new solutions, implies taking action with all the different generations, because «making changes in behaviour begins with education», stresses Axelle Davezac, the Executive Director of Fondation de France. In this respect, there can be no lecturing: education must above all involve wonderment, discover, and play. From the outset, that was the philosophy of Paul and Helene Jourde, the visionary creators of the Branféré Park, in Brittany, bequeathed to Fondation de France in 1988. Conceived as a veritable Garden of Eden, this botanical park, subsequently a zoological park as well, harbours more than 1,000 species within its protected habitat. Much more than a theme park, today it is a place for awakening and sensitising visitors to ecological issues. To that end, the Nicolas Hulot School, notably, organises stays at the park for young people from eight years of age, so that they can discover nature and come to understand the importance of protecting biodiversity.

Over the past 10 years, the Environment programme has funded:

All our research, all our different projects, have one element in common: innovation. Whether in laboratories or in the field, meeting the immense challenge of innovating involves stepping outside the box.  « But also sharing!, adds Thierry Gissinger. Creativity often comes from decompartmentalisation, from interactions between different disciplines, different actors. Workshops, colloquiums, participatory forums … in this regard, Fondation de France has expanded the opportunities for interchanges and for the dissemination of best practices. It’s another way in which we play our role as the leading philanthropic network.» 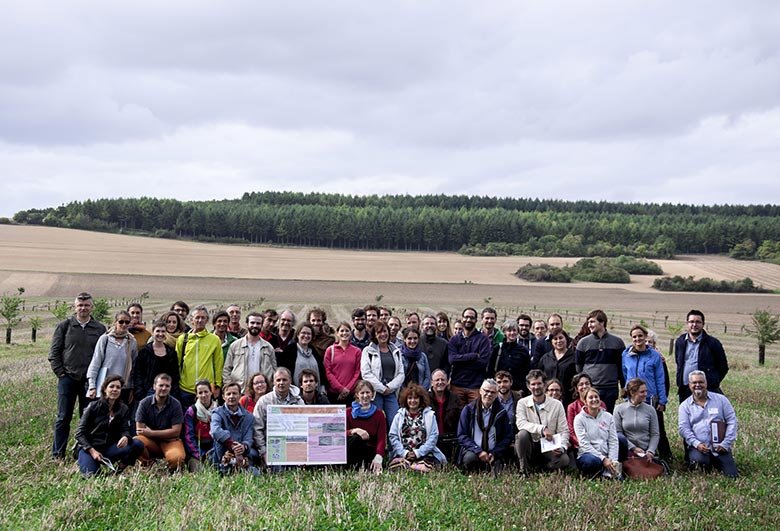 The annual agro-forestry conference makes it possible to share on-going research and facilitates collaboration among those operating on the ground.

Recently on the agenda: the “Îles 2019” conference on islands, held in Brest and the Ponant Islands together with the University of Western Brittany, from the 14th to the 19th of October. It included participatory workshops, project site visits, cultural and artistic meetings… The event encouraged scientists, stakeholders, and artists to exchange their visions of islands and their projects for them. « These microcosms are concentrations of all environmental, economic, and social issues … and they are testing grounds that are useful to all, notes Thierry Gissinger. Whether we be philanthropists, associations, deciders, elected officials, residents, or consumers, we all have a role to play in building a post-carbon world! »

The environment has always been a subject of interest to many of the charitable foundations working under our umbrella… but for the past ten years it’s been getting attention from another quarter as well. For corporations, addressing this subject is a way of responding both to the challenges of social and environmental responsibility and to the expectations of their stakeholders.

For many large companies, the environment is main topic of their patronage policy. As is the case with Schneider Electric, whose foundation last year celebrated its 20th anniversary. It promotes the right to clean and sustainable energy through operations on the ground, cooperation, and advocacy, with an approach that is both ecological and social. In 2018, the Schneider Electric Foundation gave support to 100 projects and to 200,000 young or underprivileged people, with 1,665 person-days of volunteer work!  « The Foundation wants to contribute to building a society that is more just and progressively more decarbonised, one that wins the trust of the new generations in order to transform the world, states Gilles Vermot Desroches, the company’s Senior Vice-president for Sustainable Development. The tool of philanthropy builds a bridge between our professional line of work, our social mission, and the commitment of the employees», he adds.

The same coherence is to be found at the core of the work carried out by the Lune de Miel (“honeymoon”) foundation, established in 2014 by the Famille Michaud Apiculteurs enterprise. « Studies of bee mortality, a programme for planting melliferous flowers, training for responsible apiculture, or even promoting public awareness of the need to conserve bees …. We are taking all possible measures to save the bees, a species which is indispensable to biodiversity and to agriculture, but which is now gravely threatened», explains the foundation’s president, Vincent Michaud. 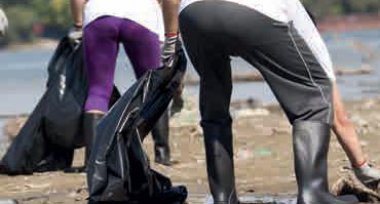 A decade after the 1967 Torrey Canyon oil spill off the coast of Cornwall came the Amoco Cadiz oil-tanker accident of 1978, with tragic effects on the coastlines of Brittany …. These two ecological disasters dramatically illustrated the impact of human activities on fragile ecosystems.

They have also come to mark a turning point in public opinion.

1975: Fondation de France creates the first Save the Coasts programme 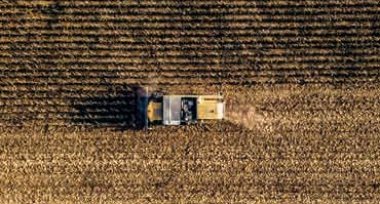 After the agricultural revolution, then what?

The modernisation of agriculture, the adoption of Europe’s Common Agricultural Policy, the exodus from rural areas … bringing a decline in the number of farms and the abandonment of entire swathes of land considered less productive. In such a context, how can the social fabric, the countryside, and the quality of life be preserved?

1985: Fondation de France launches two new programmes: “Agricultural structures and the countryside”, and “Initiatives, lands, jobs, resources”. Both have the same approach: to build lasting solutions together with local residents, jointly, within the framework of respect for the environment. 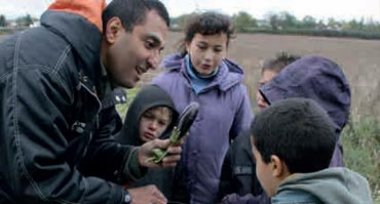 Ecology will involve me, too

1988: Fondation de France assumes ownership of Branféré Park and provides for the restoration of this site, dedicated to the interrelationship between the humans and other living things.

1994 : “On the environment, what everyday steps can we take?” This programme for promoting ecological awareness among young people culminates in the establishment of the Nicolas Hulot School, bordering on the Branféré Park, in 2004. 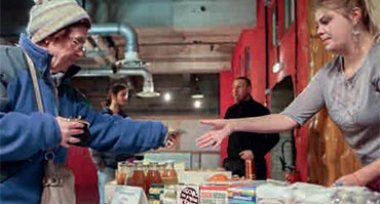 The environment becomes a matter of great national concern, consciousness of ecological issues is ever more widespread. Out in the countryside, conflicts arise between agriculture, leisure activities, green tourism, transportation, etc. In the cities, there is an effort to bring nature back into urban areas. How then are the issues of environment, employment, and habitat to be reconciled and harmonised?

2000: Fondation de France launches a programme in support of initiatives aimed at harmonisation, Together for the Countryside. A long-term view: in 2016, following COP21, that programme is replaced by a new one, Ecological Transition. 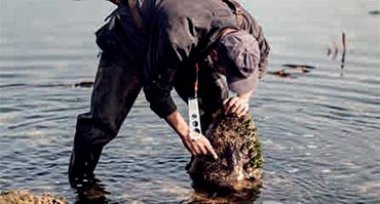 The search for new models

Runaway climate change, the depletion of natural resources, plummeting biodiversity, health risks … environmental issues are being seen as more and more urgent. Beyond local initiatives, beyond individual goodwill gestures, beyond regulations, it’s a matter of coming up with an entirely new model. To do so, civil society needs to pull together.

2011: The Agro-forestry action-research programme is created

2012: The Public Health and the Environment programme issues its call for project proposals, in the overall framework of the Medical Research programme

2013: A call for project proposals on sustainable food production is issued, with the Daniel and Nina Carasso Foundation

SDG, sustainable development goals. That key term refers to the 17 courses of action laid out by the UN, constituting a veritable road map to a sustainable future. These “Global Goals” are interconnected and are meant to be achieved by 2030, in response to the global challenges of fighting poverty, inequality, climate change, and the degradation of the environment, as well as promoting prosperity, peace, and social justice. Today, all of the projects funded by Fondation de France respond to at least one of the SDGs.